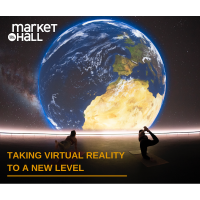 World-class Market Hall with immersive dome to open in Plymouth

Opening in Plymouth in July 2021, the Market Hall is a world-class space for digital innovation and learning situated in the heart of Devonport. Home to an awe-inspiring 15m immersive dome – the first of its kind in Europe – the Market Hall offers experiences at the cutting edge of immersive tech. Open to everyone, and with a wide range of events and experiences for all the family, the dome invites you to explore immersive realities without the need for a VR headset. The Market Hall will also offer 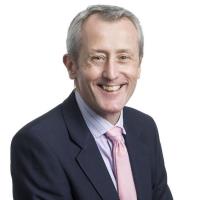 A new online survey aimed at decision-makers across Plymouth and the wider South West region has been launched by law firm Womble Bond Dickinson (WBD) to gain insights on how the Freeport will impact on their activities. WBD has recently seen a surge in enquiries from clients and regional business groups keen to learn more about the opportunities and implications that Freeports will bring and how they can prepare. The survey will be carried out throughout April and May and will measure business sentiment

It is little over two months since the Brexit transition period came to an end, and businesses across the South West have been feeling the effect of higher trade barriers, according to a British Chambers of Commerce South West survey. Of the over 500 businesses that responded, more than half (53%) of exporters said they had been impacted by the new UK-EU Trade and Co-operation Agreement (TCA), compared with 22% who recognised no change. The balance of international sales and orders reported by exporters

City College Plymouth and Millbay Academy have formed a new partnership in a bid to provide pupils with the best possible careers advice in an attempt to further raise aspirations within the Plymouth community.  Similar to the successful ongoing partnership announced last summer with All Saints Academy, the College and Millbay Academy will work together to offer pupils high-quality advice on further education and Apprenticeship opportunities, with even the younger pupils able to benefit from fun and 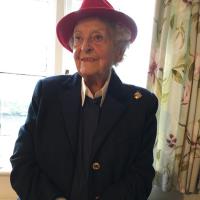 International Women’s Day on Monday, March 8 offers the perfect opportunity to celebrate the South West’s leading businesswomen. As well as highlighting the social, economic, cultural and political achievements of women, this global day also marks a call to action for accelerating gender parity. Sharing knowledge, support, best practice and lessons learnt is invaluable to young, aspiring and inspiring young women leaders. And there are few in the South West - men or women - who have inspired more people 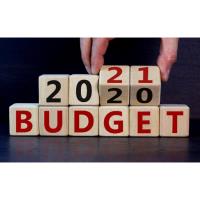 As Rishi Sunak stood up to speak on March 3, it felt as though all the headline announcements for the Spring Budget had been leaked beforehand. However, the Chancellor lived up to his previous statements that he would be honest with the public about where the country is, having faced the biggest economic crisis outside or wartime. During his 50-minute speech, Mr Sunak reiterated that the level of borrowing this year and last has been unprecedented at 17.3% and 10.1% of GDP respectively. However, with the

Spring Budget is good news for businesses in Devon and Cornwall

The Government has revealed a number of new measures and extensions to existing support packages as part of the UK's long-term economic recovery plan. Rishi Sunak's Spring Budget has been built around a three-part plan for the economy, including protecting jobs and businesses, shoring up public finances and rebuilding the economy. Today's announcement shows that the Chancellor has listened to the concerns of the business community and delivered a budget that should help firms to survive and recover from 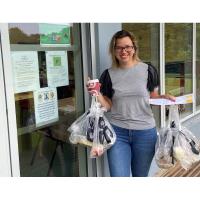 The Plymouth office at law firm Womble Bond Dickinson (WBD) has pledged its support to a number of organisations working in the community to tackle the impact of the pandemic, including foodbanks, homeless charities and schools.   This follows WBD's fundraising and volunteering efforts last year as part of its COVID-19 emergency response which saw thousands of pounds donated to a wide range of charities around Plymouth. The firm has continued its support for organisations working to tackle food poverty, 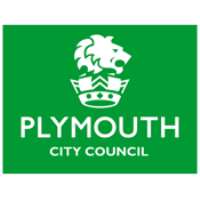 Plymouth City Council is launching a one-stop online shop to encourage local businesses to find local suppliers and to help keep the pounds in Plymouth. The directory is a free online platform that aims to bring local business buyers and suppliers together to increase the chance of spending in the city so that Plymouth, its businesses and its residents benefit. Council leader Tudor Evans OBE said: "As a council, we have massively stepped up our efforts to buy local and want to make it as easy as possible

Results from the latest British Chambers of Commerce survey on the impact of Coronavirus on businesses show they have been pushed to the brink by the effect of multiple lockdowns. Among the sobering findings from the survey of more than 1,100 businesses are:Three in every five firms (61%) have seen their revenue from UK customers fall in the last three monthsAlmost a third (31%) of business-to-consumer (B2C) firms say they will run out of cash in the next three monthsA quarter of survey respondents (25%) 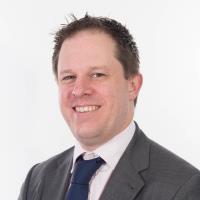 Will the Spring Budget hold any surprises for the region’s businesses?

Mark Tibbert, Partner and tax specialist at Thomas Westcott Chartered Accountants, considers what the Chancellor might announce in the Spring Budget on 3 March. With around three weeks to go until the Chancellor stands up to present what will be his second Spring Budget, what can we expect him to say? There has been much debate over what he should or might do, but what we can say is only the Chancellor currently knows. Speculation on CGT and corporation tax At the start of the year, there was increasing 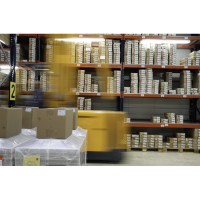 Freezone bid could be worth millions to Devon economy

Plymouth City Council has joined forces with neighbours at Devon County and South Hams District Council in a bid to unlock £35 million of funding for the area.  The Freeport bid, which was submitted to the government on Friday, would see the area become one of 10 zones around the country to benefit from import and export tax reliefs to help drive jobs, growth, and innovation.  A Plymouth and South Devon freezone would create space for businesses to import goods and materials, add value to them (by 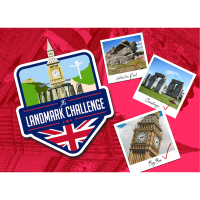 St Luke’s Hospice Plymouth is sending out a rallying call to the community to take on the challenge of quite literally going the extra mile to support its vital service while staying safe, close to home.  The compassionate care and support St Luke’s provides for terminally-ill people across Plymouth and surrounding areas is given at no cost to them or their families, but it does not come cheap to the charity. The extra pressure of looking after more people throughout the pandemic – coupled with a decline

Thomas Westcott Chartered Accountants has announced a further investment in its regional business by welcoming longstanding Plymouth-based accountancy practice Riley Chartered Accountants into the firm. The leading South West firm was announced as an official Patron of Devon & Plymouth Chamber of Commerce in December 2020. The latest move is part of Thomas Westcott's continued growth across the South West and the ongoing success of its Plymouth office, which has grown rapidly since the merger with 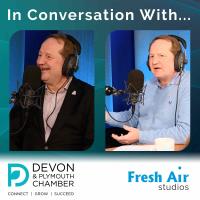 The Devon & Plymouth Chamber has joined forces with Fresh Air Studios in Plymouth to launch a brand new podcast for the South West business community and beyond. 'In Conversation With...' will feature personalities and business owners from across the region, with each episode containing two interviews. In 'Chamber Chat', podcast host and Chamber CEO Stuart Elford will chat with well-known local personalities such as Luke Goss, David FitzGerald and Luke Pollard MP, to find out more about them as people and 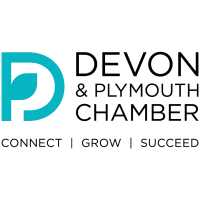 Following the Chancellor’s removal of the minimum placement criteria for small business on Friday, the Devon & Plymouth Chamber has learnt that this action was taken in response to the Treasury’s concern over providers who were failing to pass on the £1,500 training grant to employers and gateways being slow to respond to small business.   For each placement, gateway providers receive £300 to support administrative costs, while employers are supposed to receive £1,500 per placement for help with setup 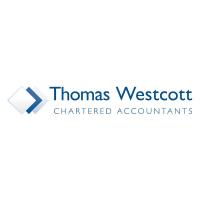 Leading South West firm Thomas Westcott Chartered Accountants has been announced as an official Patron of Devon & Plymouth Chamber of Commerce. The independent accountancy practice has 17 offices across Devon and Somerset and has played a prominent role in helping businesses improve their financial resilience in the face of the Covid-19 pandemic. Thomas Westcott’s position as a Chamber Patron reflects its status as a regional leader and a supporter of thousands of businesses in the South West. Patrons of 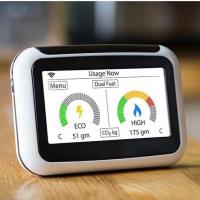 How Businesses can Take Back Control of their Outgoings

National restrictions continue to significantly affect businesses across the country.  While non-essential retail, hospitality and leisure businesses have had to temporarily close during lockdown, those businesses which are still operating will also have been heavily affected by the pandemic.   As such, there is an enormous pressure on businesses’ financial situation.  They may be juggling reduced income whilst navigating new income streams such as various government support measures.  Businesses might be

Grants for Plymouth businesses closed due to coronavirus

Plymouth businesses that have been forced to close due to the national COVID-19 restrictions will now be able to apply for financial support through Plymouth City Council. The Government’s Local Restrictions Support Grant (LRSG) scheme is available to support businesses that have been legally required to close and occupy a rateable property. Eligible businesses can claim the following grants, based on their rateable value:For properties with a rateable value of £15,000 or under, grants to be £1,334 per

Keeping the pounds in Plymouth, skills development and a pipeline of construction that will keep people in work during a critical time for the city’s economy - those are the first projects under the spotlight as part of Resurgam - the city’s economic response to the challenges presented by Covid-19. The Council’s Cabinet meeting was given its first update of Resurgam - a plan to reduce the impact of Covid-19 and to deliver a more equal, sustainable and prosperous city. Council leader Tudor Evans said: 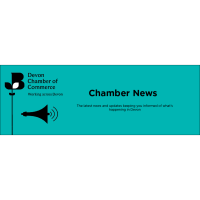 The Heart of the South Local Enterprise Partnership is currently consulting on its document entitled ‘Stepping up to the Challenge.’ This is a draft Productivity Strategy for the counties of Devon and Somerset. Our area compares unfavourably with most in the county in terms of the volume of the work achieved, per hour, spend on innovation, number of companies which export and overall how competitive our economy is. The strategy aims to double the size of the local economy by 2030 and improve our relative

Are you interested in us helping you Connect, Grow & Succeed?

If you would like to find out more about joining the Chamber but are unsure about whether it’s right for your business, simply enter your details here to register for a no-obligation chat with one of our team and we’ll give you a free demonstration of our services.

Are you interested in us helping you Connect, Grow & Succeed?

If you would like to find out more about joining the Chamber but are unsure about whether it’s right for your business, simply enter your details here to register for a no-obligation chat with one of our team and we’ll give you a free demonstration of our services.